“Football is the closest thing to life” 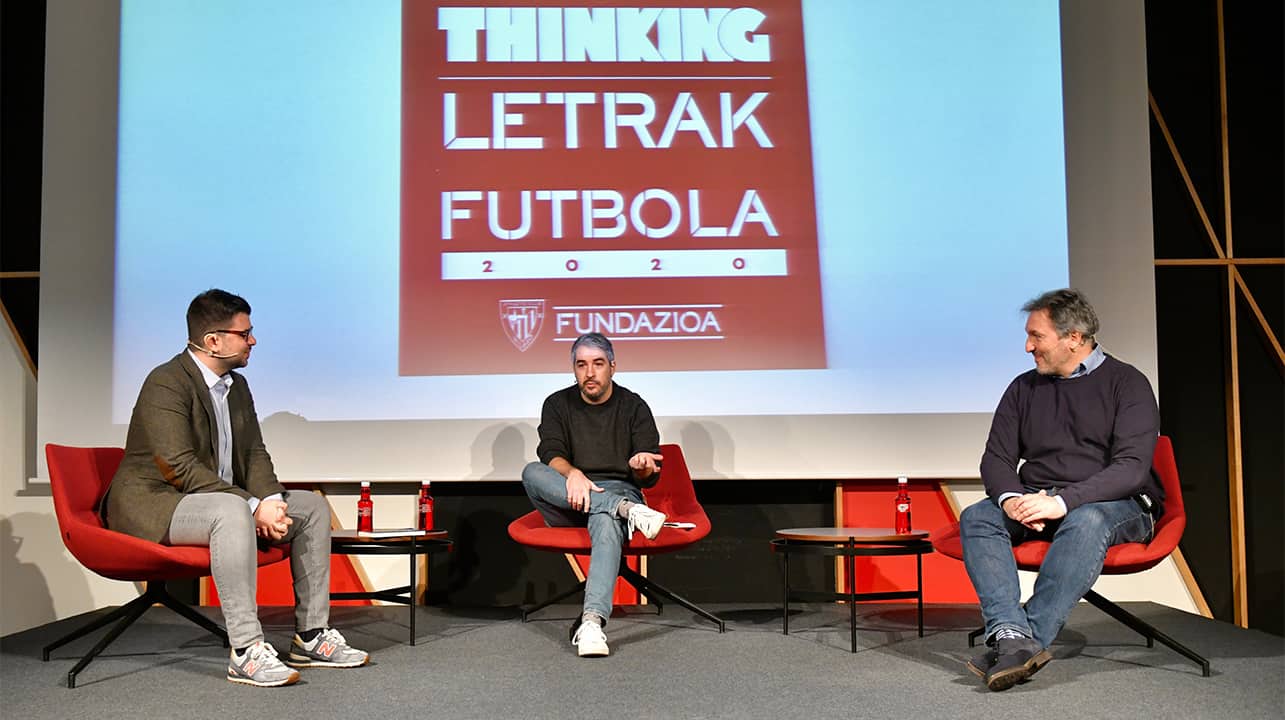 Writers Zanón, Carnero and Ballester chatted about literature and football on the penultimate day of Thinking, Letrak eta Futbola

The festival organised by the Athletic Club Foundation is nearing its end and today celebrated its last literary day with an entertaining conversation between writers Carlos Zanón, José Ignacio Carnero and Enrique Ballester. The latter acted as moderator and led the discussion without sacrificing the original sense of humour that characterises his journalistic and literary work. 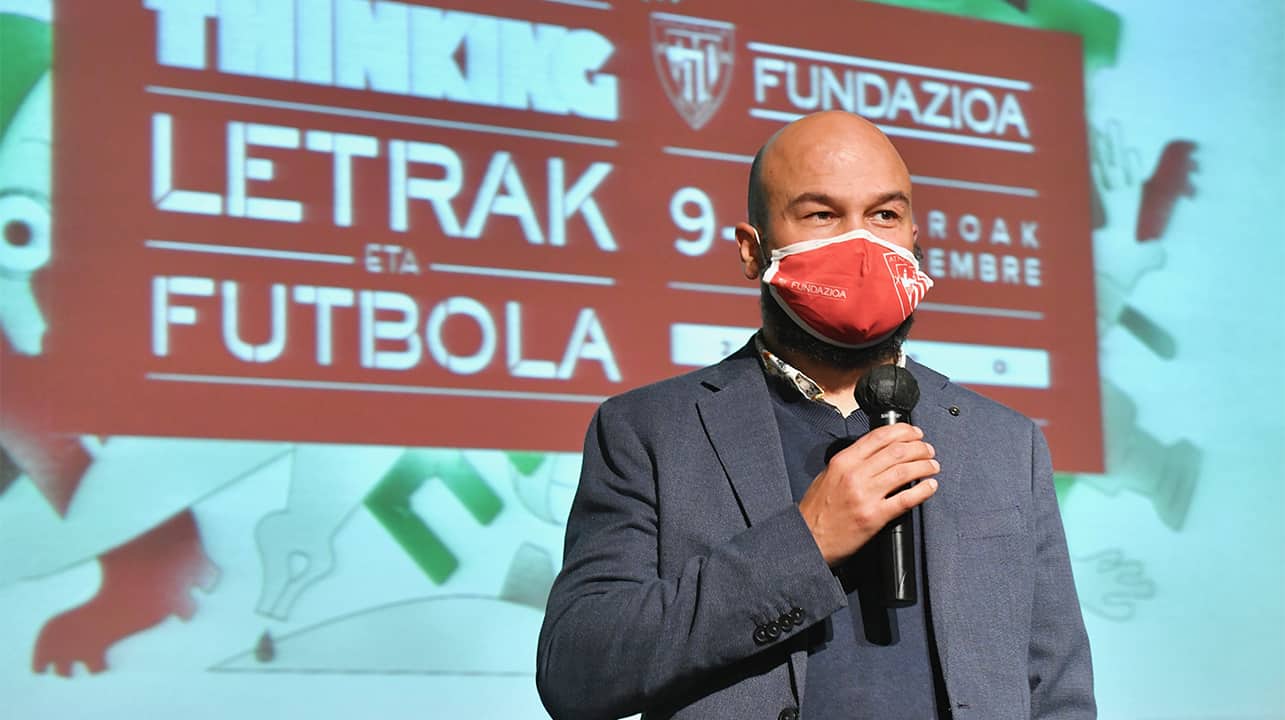 In Carnero‘s opinion, “Football above all is a passion. You can watch a horrible game and get excited. It is like a regression to childhood. Football is much more than a sport and it is in the literature because it has to be there, because it is part of life.” Zanón added that, in reality, “Football is the closest thing to life. That is why it connects so much, because it connects you with what life is”. Football literature has been one of the recurring themes of the colloquium. Among the questions asked, one that has remained unanswered: “What is the great football novel?” Even so, numerous authors have been cited, including Vazquez Montalban, Enric Gonzalez, Paul Auster, Eduardo Sacheri, Rafael Alberti, Nick Hornby, David Peace, David Trueba… 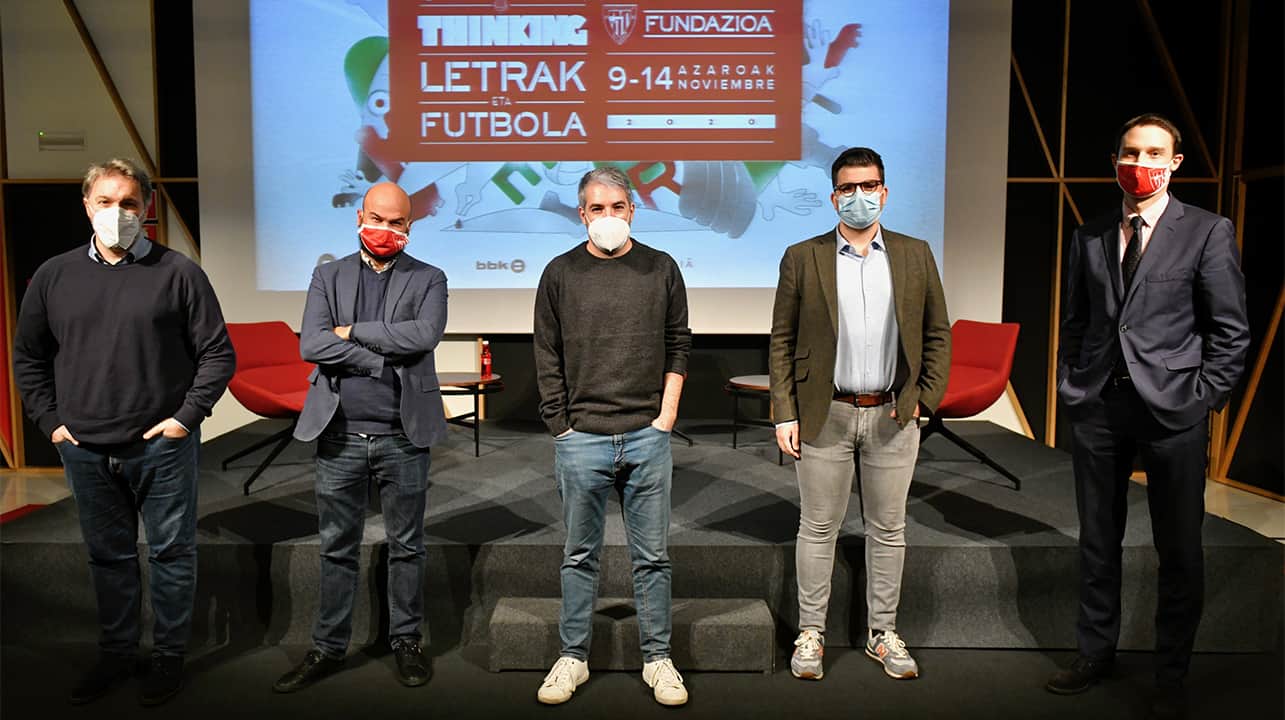 Saturday 14, Buscando a Panzeri (Looking for Panzeri) and Vatreni

To conclude the festival, the films “Buscando a Panzeri” (Looking for Panzeri) and “Vatreni” will be shown at separate sessions. The first, which will be at 5:00 pm in the Sala Norte in San Mamés, is an Argentinian documentary about the legendary Argentinian sports journalist Dante Panzeri. Tickets for this session are still available and can be reserved here. To round things off, at 7:00 pm, with all tickets already sold out, the documentary “Vatreni” will be shown, a film about the feats of the Croatian national team at the 1998 World Cup.