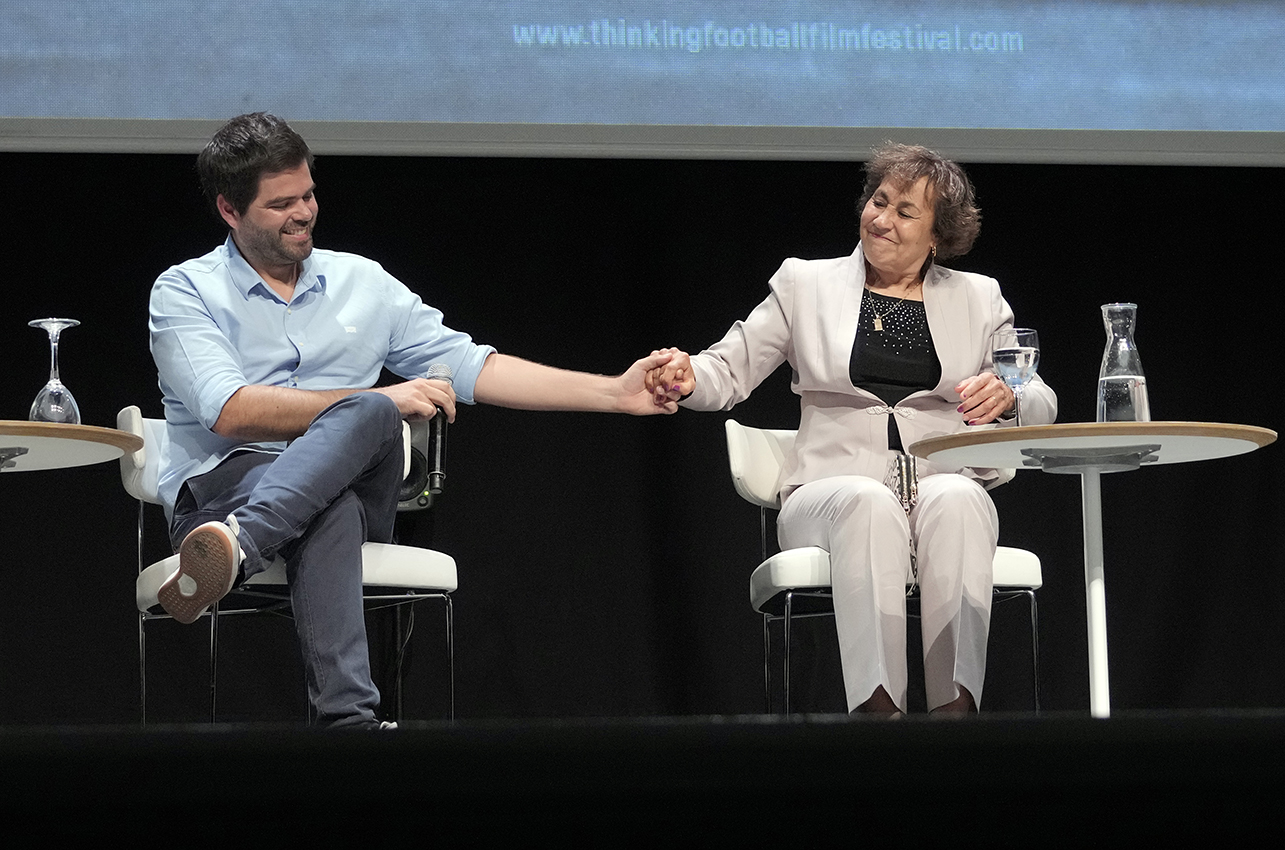 The documentary “Destino Confidencial: Campeonas” recalls the social importance of the pioneers of women’s football

Thanks to the documentary “Destino Confidencial: Campeonas”, the fourth day of Thinking Football rescued from oblivion a memorable story: that of the Mexican women’s team that was runner-up in the 1971 World Cup. The progress of women’s football will always be in debt with women like Alicia Vargas, one of the protagonists of the film and who participated in the subsequent film forum together with the directors of the film, Martin and Damian Ainstein, and the captain of the first team, Garazi Murua.

Alicia “Pelé” Vargas is considered by FIFA as one of the best players of all time. She was the top scorer in the first World Cup that was played in Italy in 1970 and runner-up with her team in the World Cup the following year, 1971, held in Mexico. The final in the Azteca stadium was attended by 110,000 spectators, neither more nor less. Quite a record.

Assessed with the perspective that time gives, the merit of Alicia Vargas and all the women she represents is immense, incalculable. Not only because they persevered in their dream of playing football and were the pioneers of the sport, but above all because they did so in completely hostile circumstances. The opposition of the prevailing machismo was tremendous. But, for a time at least, they overcame all obstacles: ridicule, prohibitions, precariousness, contempt and even physical violence.

In this sense, the words of thanks that Garazi Murua dedicated to Alicia Vargas in her first speech at the colloquium were as accurate as they were exciting, and the public understood it that way, spontaneously applauding the Athletic Club captain and, of course, Alicia Vargas herself.

Prior to the screening of the film, in the morning, Alicia Vargas, accompanied by Edith Chapin (screenwriter of the film “Nadia”), visited the first women’s team at the Lezama facilities. He chatted with the entire squad after training and also had the opportunity to meet the great Athletic Club legend, Jose Angel Iribar, in person.

Final films on the weekend

Thinking takes a break on Friday to come back stronger this weekend.

On Saturday at 6:00 p.m. we will screen two award-winning short films: “Tala’vision”, which won the jury prize at the 11mm Berlin Film Festival; and “Steh auf du sau!”.

One of the outstanding screenings of Thinking will undoubtedly be the Swedish film on Saturday at 8:00 p.m. “Tigrar”, directed by Ronnie Sandahl, tells the story of Inter Milan’s wunderkind, Martin Bengtsson, who will attend the post-screening colloquium.

On Sunday, Thinking puts the finishing touch to six days of cinema and football with the most cinematographic day.

At 6:00 p.m., the Italian film “Centoventi contro Novecento”, about the football match played by the film crews of Pier Paolo Pasolini and Bernardo Bertolucci.

And the finishing touch, starting at 8:00 p.m., a special dedicated to film director Juanjo Giménez, who will attend as a special guest at the closing of Thinking. Before the colloquium, his soccer short films “Libre Indirecto”, “Máxima pena”, “Rodilla” and “Ascenso” will be screened.