The competition’s first continental tournament takes place on Tuesday May 31, and the Lions’ opponents will be Rangers, Eintracht Frankfurt and NAC Breda

Athletic Club are one of the 16 sides participating in the European Walking Football League organised by the EFDN (European Football for Development Network). The first-ever continental edition of the tournament takes place this Tuesday in the Dutch city of Breda. The teams have been divided into four groups, and Athletic’s opponents in the group stages of the tournament will be Rangers Charity Foundation, Eintracht Frankfurt and NAC Breda. The clubs in the other three groups include: Bayer 04 Leverkusen, Ferencváros Budapest, Fundação Benfica, Real Betis Balompié, FC Schalke 04, Morton in the Community, Newcastle United Foundation, Ado den Haag, Club Brugge, Foundation 92, Valerenga and PSV Eindhoven. It is fair to say this is a top-level tournament featuring some of the most important clubs in Europe.

Walking Football is similar to football, but with the distinctive characteristic that it is played at walking speed on a small pitch and the ball cannot be hit over a certain height (around one metre) and headers are not allowed. Moreover, only people over 50 years of age can play in official matches. In the Breda tournament, the teams will have six players, with four substitutes and no goalkeepers. The goals will be one metre high and three metres wide. 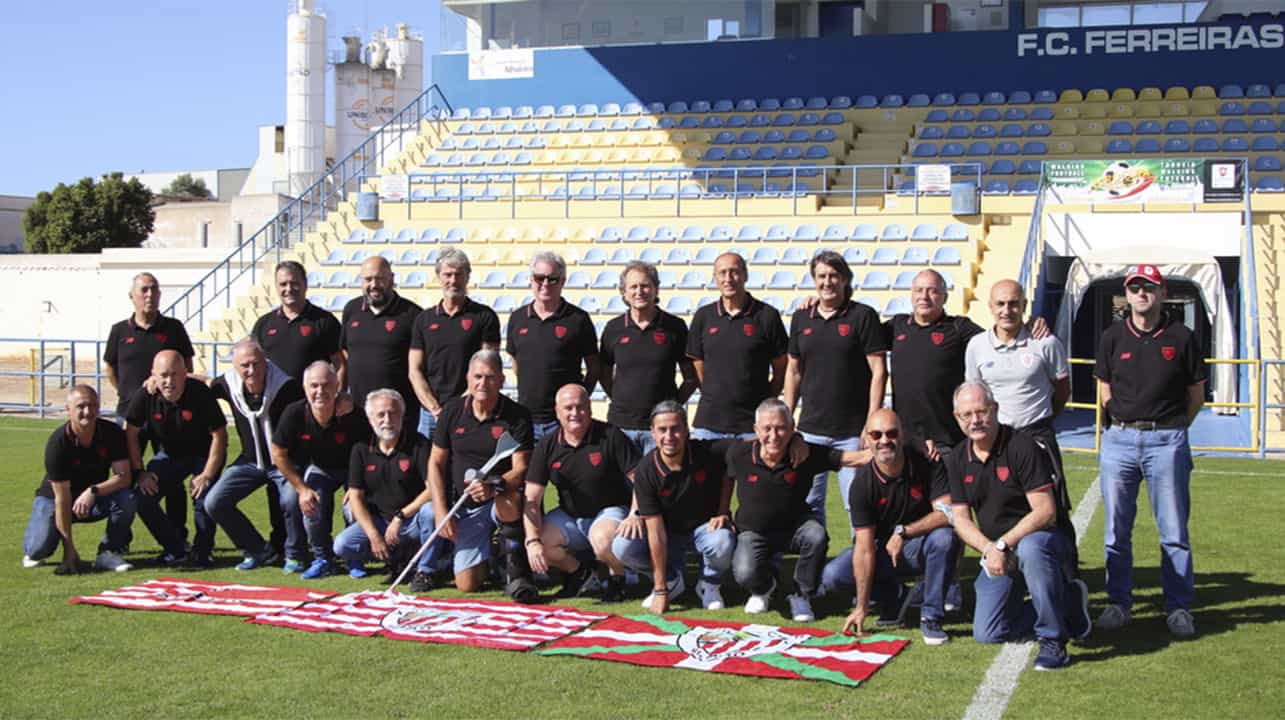 At the Athletic Club Foundation, the Walking Football project was introduced during the 2018/19 season. The Foundation is a pioneer in the promotion of this new sport whose primary objective is to offer people over 50 the chance to stay active and keep enjoying football. In short, football is played at walking pace in order to limit the risk of injury. In addition to this first specific objective, there are other aims similar to the rest of the Foundation’s social projects.

The training sessions, organised and led by Athletic Club Foundation coaches, provide a number of benefits that go beyond just practising sport. Fundazioa aims to build spaces in which people can enjoy sharing time together, thus strengthening the sense of belonging to a group, and helping people to feel part of an identity as important and valued as that of Athletic Club. During the current 2021/22 season, the Foundation set up two Walking Football groups that train weekly at the Lezama and Fadura facilities, thanks to a partnership with the Getxo City Council.