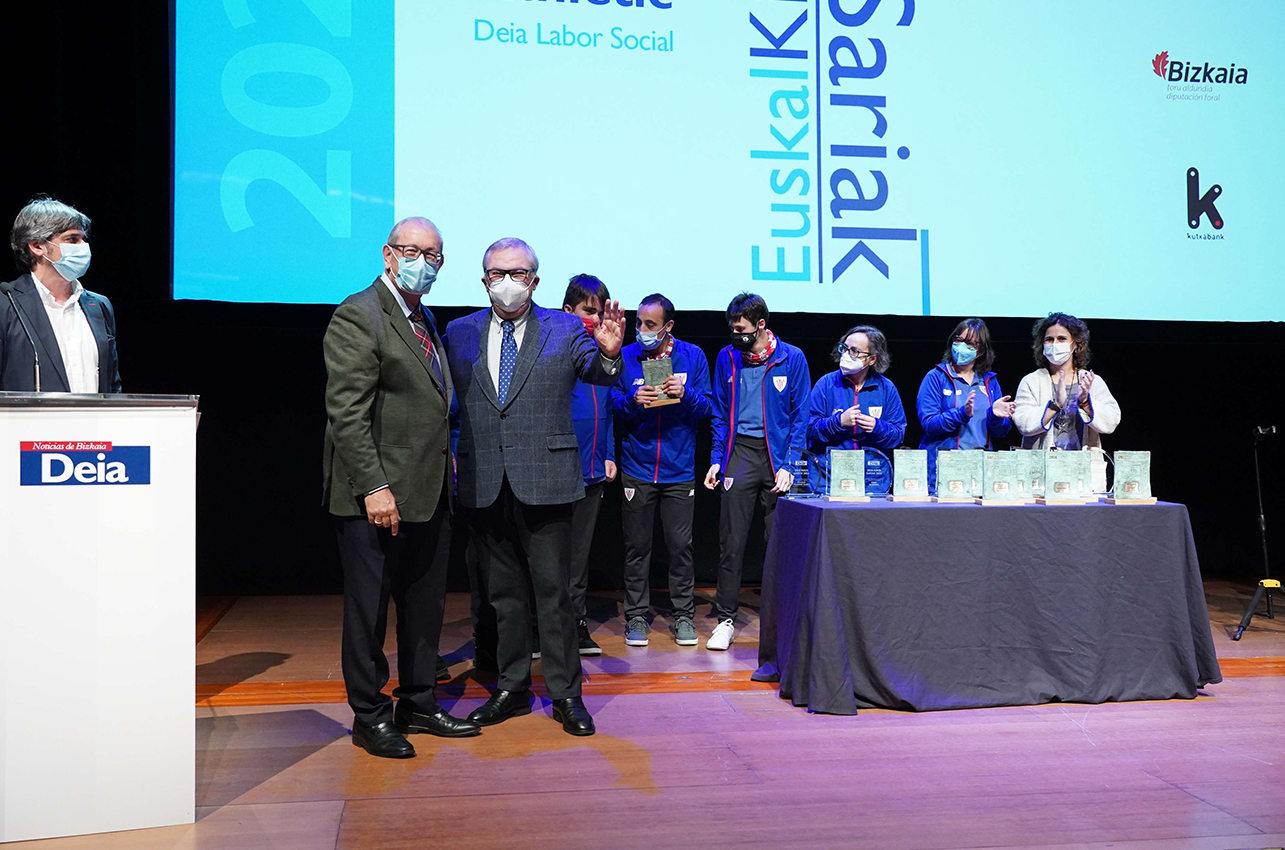 Athletic Club Fundazioa, our Genuine team, has been awarded at the DEIA Euskal Kirolaren Sariak with recognition for social work

The Athletic Club Foundation, in the year of its twentieth anniversary, has received a new recognition for its work from the DEIA newspaper. Athletic Genuine has been awarded the award for social work at the traditional Sports Gala that each year distinguishes professional athletes and young promises of sports in Bizkaia. Held at the Guggenheim Museum, the award was collected by Juan Carlos Ercoreca, president of Fundazioa, accompanied by six Genuine footballers: Aitor Alberdi, Mari Jose Paul, Iratxe Lobato, Hodei Barandalla, Oier Sadia and Kepa Solabarrieta, and the coach and legend of the club, Eli Ibarra.

The Athletic Club Fundazioa Genuine team is made up of people with intellectual disabilities from Biscay associations (Adizmi, Fundación Síndrome de Down, Gaude, Geu Be, Gorabide and Haszten), participants in other Foundation projects for the same group. The Genuine team has a squad of 45 players, four of them women. The coaching staff is made up of Esteban Feijoo, Eli Ibarra, Igor Arenaza, Rocío Ybarra, Diego Feijoo, Jesús Camacho and Nora Ercoreca, as a volunteer. The BBK Foundation is the main sponsor of the Genuine team.

LaLiga Genuine, made up of teams from the group of people with intellectual disabilities, is made up of a total of 42 clubs. This season marks the fourth edition, with Athletic Genuine winning the Fair Play in the three editions held to date.