Ricardo Bochini and Eduardo Sacheri, together at the Letters and Football festival 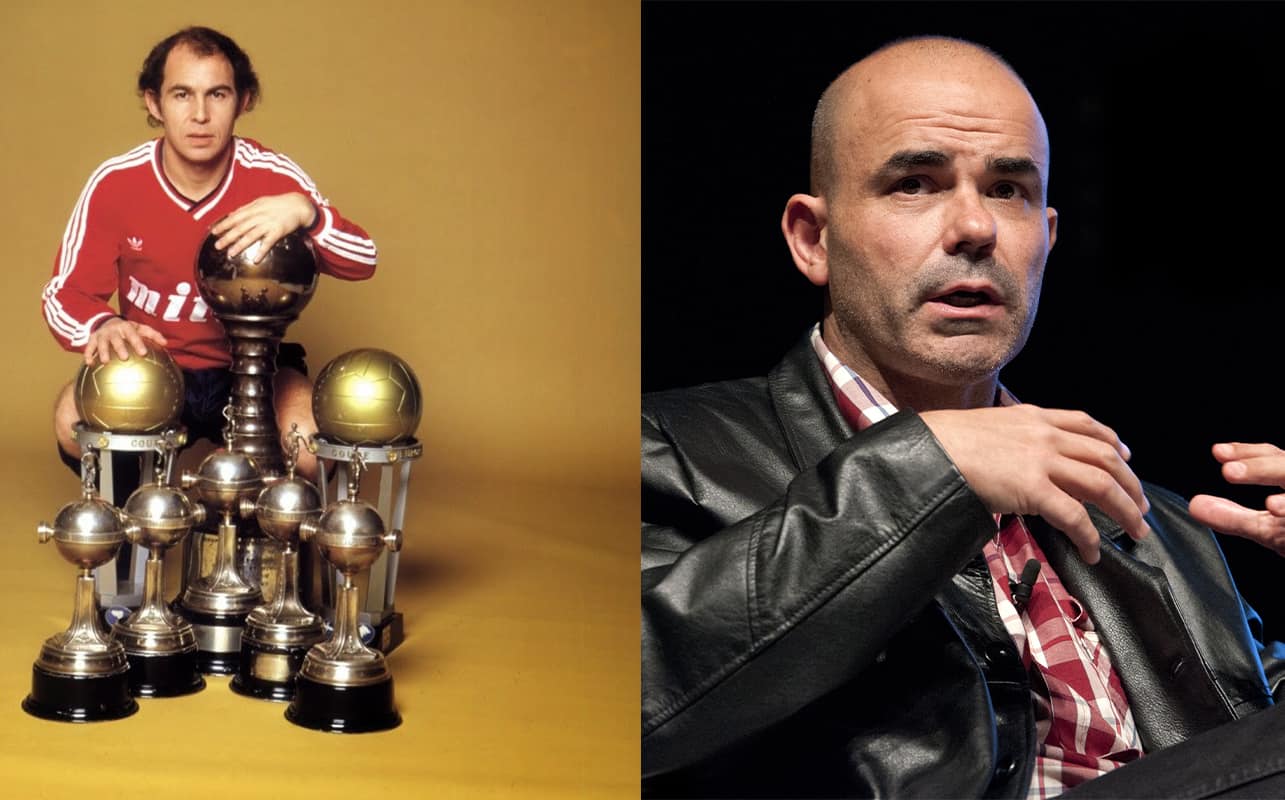 Accompanied by the journalist Jorge Barraza, the football and literary meeting, organized by Fundazioa on its 20th Anniversary, will be held in San Mamés on May 6

The Athletic Club Foundation, on the occasion of its 20th Anniversary, has organized a very special day to present its 2022 Letters and Football festival. Two universal figures of football and literature, Ricardo Enrique Bochini, winner of the One Club Man, and Eduardo Sacheri, winner of the 2016 Alfaguara Prize, will talk about the legend of the Club Atlético Independiente and about “the general functioning of the world”, alluding to the title of the novelist’s book. The talk will be held on Friday, May 6, at 7:00 p.m., in the North Room of the San Mamés BAT ring (access next to Gate 12) and Bochini and Sacheri will be accompanied by the Argentine journalist Jorge Barraza.

Since its first edition in 2010, the Letters and Football festival has built bridges between outstanding representatives of both worlds, the cultural and the football world. The granting by Athletic Club of the One Club Man award to Ricardo Enrique Bochini gave the Foundation a unique opportunity to bring together on the same stage two phenomena united by a shared passion: football and the Club Atlético Independiente de Avellaneda.

Bochini is the great idol of the Independiente fans. Considered the best ’10’ in Argentine football until the arrival of Diego Armando Maradona and Leo Messi, Bocha developed his entire career with the Argentine ‘red devils’. With seven titles, Independiente is the club with the most “Copa Libertadores de América” trophies.

Bochini, who stood out above all for being a great passer, was the architect of the club’s golden age in the 1970s and was also world champion with Argentina in 1986. He retired in 1991 at the age of 37, leaving behind 20 seasons and a career marked by 714 games, 108 goals and more than 200 assists. It is the seventh One Club Man Award, the first South American. Before, it has been received by Matt Le Tissier, Paolo Maldini, Sepp Maier, Carles Puyol, Billy McNeill and Ryan Giggs.

Likewise, Eduardo Sacheri’s status as a Red fan and his enormous admiration for Bochini are well known. In his previous participation in the 2014 Letras y Fútbol festival, Sacheri began his speech by reading a letter in which he reflected on the pain he felt due to Independiente’s relegation for the first time in its history to the Primera B Nacional, after 101 years of consecutive participation in First. A story that delved into the role of football in relation to matters as important as identity, personal relationships, the sense of belonging or happiness.

Eduardo Sacheri is one of the most important living authors in Latin America, he has more than half a million faithful readers and his work has been translated into more than twenty languages. His first novel, “La pregunta de sus ojos” (2005), was made into a film by director Juan José Campanella with the title “El secreto de sus ojos” (2009) and the film won the Oscar for best foreign film. In 2016, “La noche de la Usina” won the Alfaguara Award and the novel was also later made into a film under the name “La odisea de los giles” (2019). In his latest book, “El funcionamiento general del mundo” (2021), a father recalls to his children during a long car trip his participation in a school soccer tournament, shared memories that serve him, as usually happens at festivals Letters and Football, to talk about the really important issues in life: friendship, love, family, good and evil.

Accompanying Bochini and Sacheri in the talk, will also be the prestigious Argentine journalist, Jorge Barraza. Among his works, the books “Fútbol de ayer y de hoy” (2014) and “James en la cima del mundo” (2014) stand out, as well as the biography of the OCM “Yo el Bocha; vida de Ricardo Bochini” (2016).

The meeting between Bochini and Sacheri will not only delight the fans of Club Atlético Independiente, but, above all, it will be an important day for all lovers of football and literature, who will be able to attend the conversation between two true number ones. As always in the cultural festivals organized by Fundazioa, admission will be free until full capacity is reached.

Likewise, the talk will be broadcast live via streaming on Athletic Club’s YT channel.

PrevMembers of the Club Athletic who will accompany the players in San Mamés
Fundazioa and Osakidetza, in the same teamNext