Sacheri on Bochini: “The greatest of all the legends”. 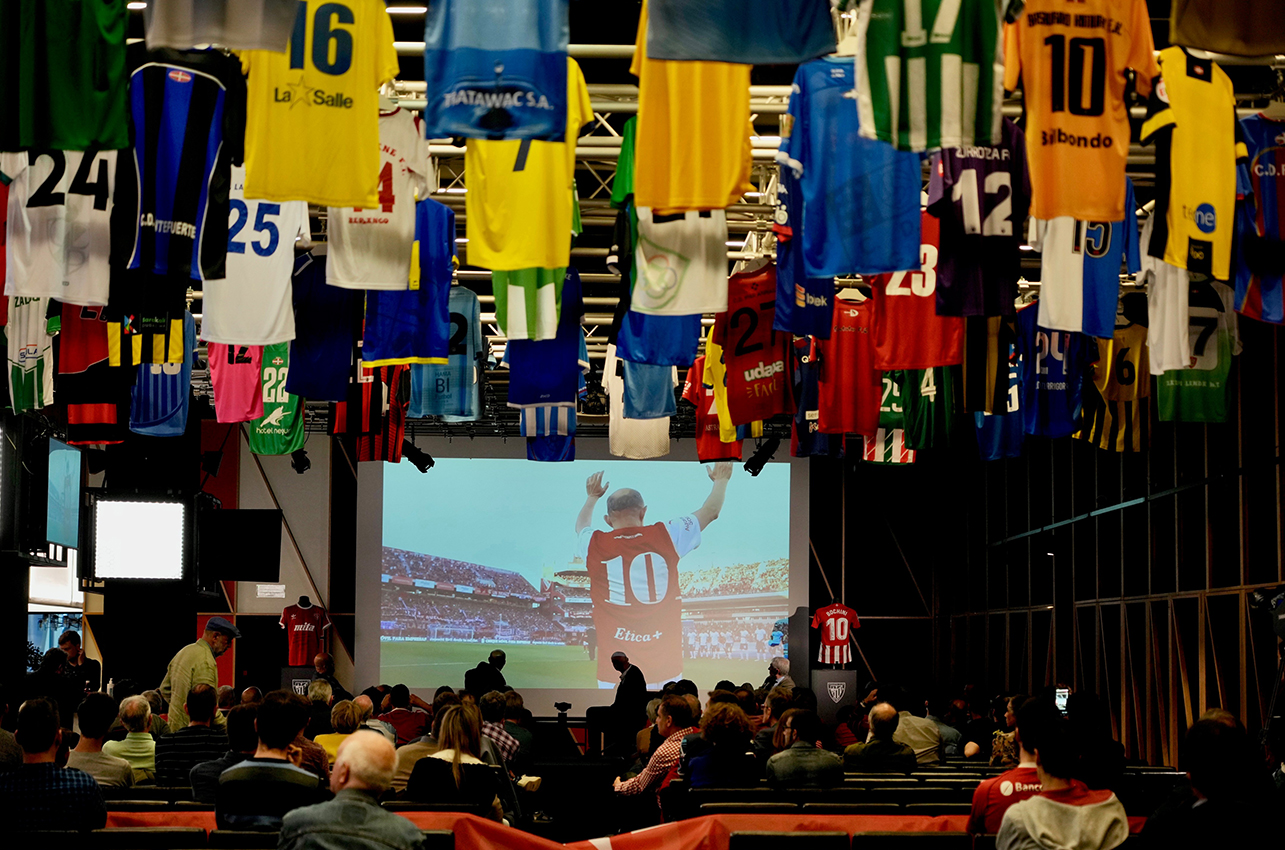 The football and literary meeting between Ricardo Bochini and Eduardo Sacheri, accompanied on stage by Jorge Barraza and Galder Reguera, of the Athletic Club Foundation, resulted in praise for the One-Club Man Award. As was made clear throughout the discussion organised by the Athletic Foundation on its 20th Anniversary, Ricardo Bochini embodies the ideals of the One-Club Man Award like very few other footballers.

The event was attended by the president of Athletic Club, Aitor Elizegi, who welcomed Bocha in the introduction of the event, along with, Jon Vázquez Eguskiza, director of the Foundation, and the directors Mikel Martínez, Iker Goñi, Goyo Arbizu, Itziar Villamandos and Tomás Ondarra. There was also a large number of Independiente fans in the room, who showed their passion for their idol and their club at all times.

During the conversation, Bochini recalled his beginnings at Independiente, his time in the youth teams and his first-team debut at the age of 18. Twenty years later he had become the most important player in the club’s history. “I owe it all to the Independiente fans,” Bochini said.

Eduardo Sacheri masterfully explained thow Bochini became Independiente’s great icon, saying: “In a club full of legends, Bochini is the greatest of all legends”. A dazzling style of play – to the point that the player was nicknamed “The Magician” – and an undying loyalty to his club. Values which fans of every club in the world want from their idols, and which, therefore, make El Bocha a model hero, but not a fictional hero, as literary heroes tend to be, but a real hero, as real as life itself.

A football heroism that justified the presence of the Argentinian fans in the hall. Both Eduardo Sacheri and Jorge Barraza, as well as the Independiente fans, showed their gratitude for the recognition given to Bochini with the One-Club Man 2022 award. A sense of gratitude Sacheri summed up perfectly when he read the dedication inscribed at the foot of Bochini’s statue at Independiente.

It reads: “Ricardo Enrique Bochini. A combination of beauty in the game, love for the shirt and unforgettable feats. A beacon showing us the way to the club we know how to be and deserve to be. Symbol of a club that by sheer force of sporting heroics installed its name in the stars of America and the world. Ricardo Enrique Bochini. In a club full of legends, the greatest of all legends”.