San Mamés is lit up in the colours of CAFE

The Club and Foundation have joined the awareness week promoted by the Centre for Access to Football in Europe (CAFE)
Athletic Club and the Foundation have once again taken part in the week to raise awareness about reduced mobility promoted by CAFE (Centre for Access to Football in Europe), which was held between the March 8 and 14. CAFE is an organisation sponsored by UEFA to improve accessibility to football grounds for people with reduced mobility. On Saturday night, the San Mamés stadium was lit up in the blue of this international organisation.

CAFE’s motto, which Athletic Club has adopted, is “Total Football, Total Access”. The aim is to promote true inclusion in order to enhance the experience of being part of Athletic Club and to be able to experience its everyday life in different areas and places. Athletic Club has the first supporters’ club in La Liga founded by people with reduced mobility. The supporters’ club is called Denon Athletic and is made up of around thirty people. It is based in San Mamés itself, in the “La Campa de los Ingleses” tavern.

One of the most important initiatives that the Club has presented for implementation in the coming months is the escalator project. This will make it easier for spectators to access the third tier (second and third floors) in the four sectors of the stadium (Main, East, North and South).

The new escalators, which will facilitate access to their seats for 29,000 people (24,833 members), will run parallel to the existing pedestrian steps without causing any disruption. Persons with permanent or temporary reduced mobility and the elderly will have priority for using them. The project is designed to support a total traffic flow of around 12,000 spectators every half hour. 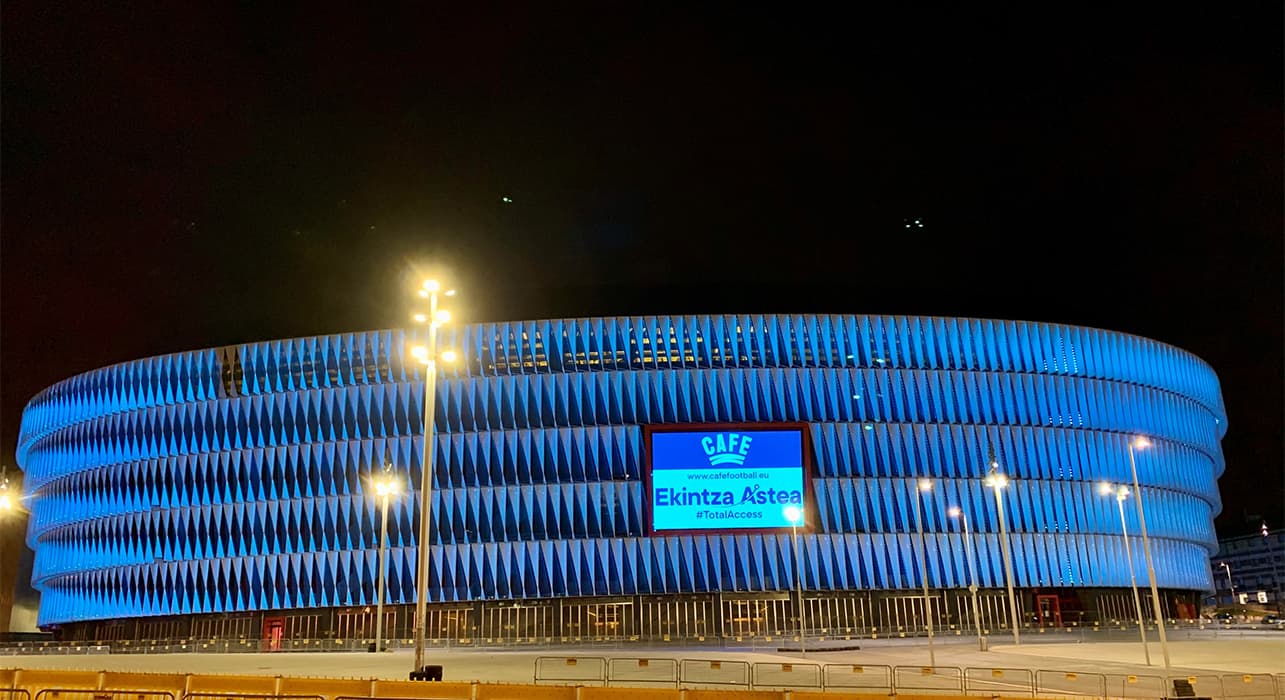