The Athletic legend was the star of the opening session of the festival, which is being held from Monday to Saturday 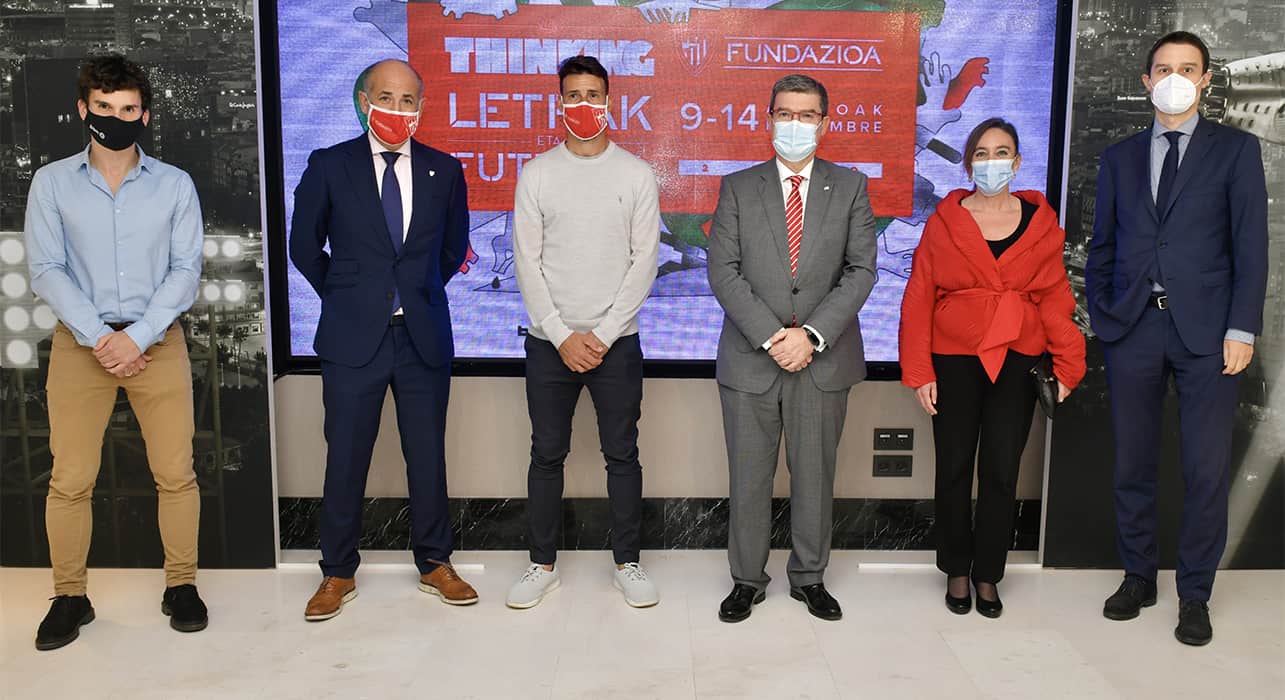 The cultural festival Thinking, Letrak eta Futbola started this afternoon at Sala BBK in Bilbao with the broadcast of a special documentary featuring Aritz Aduriz, and based on the documentary Six Dreams, produced by The Mediapro Studio. The Athletic Club chairman, Aitor Elizegi, gave the opening speech in front of a small room that complied with all the health measures required under the COVID-19 protocol. Among the personalities who also attended the opening session were the Mayor of Bilbao, Juan Mari Aburto, the CEO of the Foundation, Jon Vázquez Eguskiza, the Head of Culture of the BBK, Koldo Bilbao, councilors Itxaso Erroteta and Jone Goirizelaia, and representatives of the Foundation’s Board of Directors, including Itziar Villamandos, Tomás Ondarra, Goyo Arbizu and Iker Goñi. 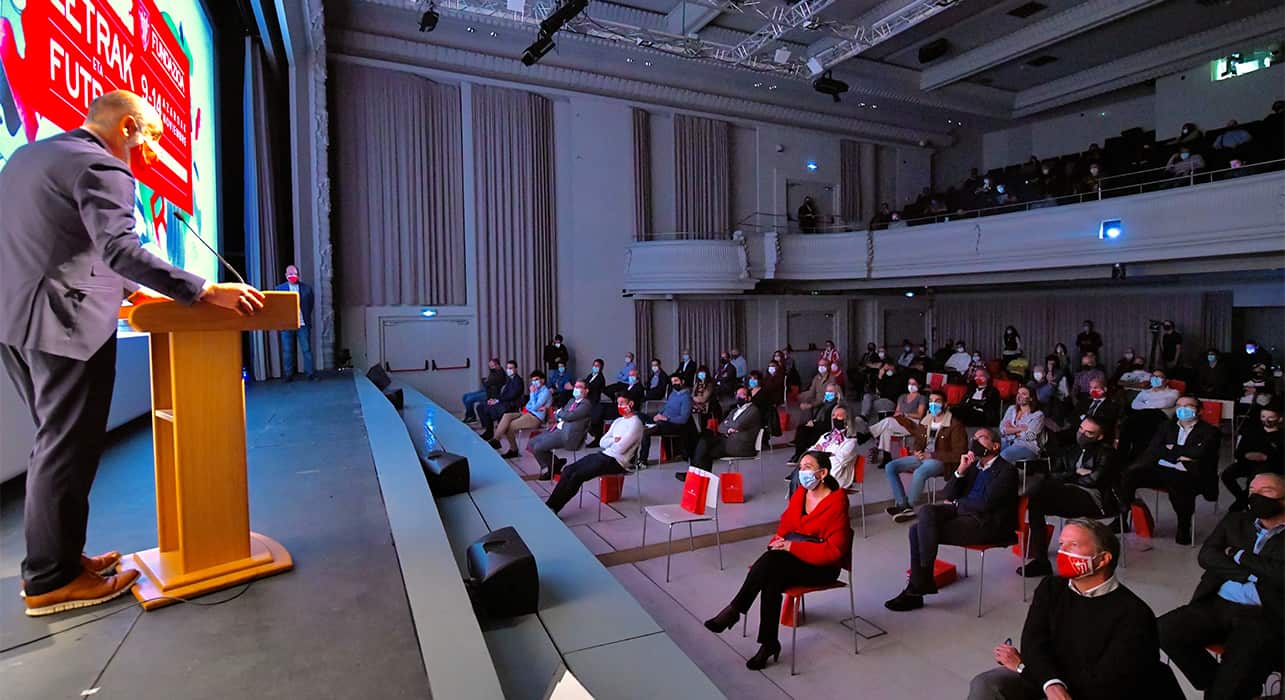 TAfter the broadcast of the exclusive documentary about Aritz Aduriz’s last season, the former red and white player himself chatted on stage with Justin Webster, director of the Six Dreams documentary series on which this special production was based, Jordi Call, producer of the series, Galder Reguera, the Foundation’s Project Manager, and the bertsolari Jon Maia, who dedicated an emotional video to Aduriz at the end of the session.

Earlier, at the start of the session, the journalist Fede Merino received the Recognition Award from Juan Carlos Ercoreca, the award presented by the Athletic Club Foundation for the famous cry with which the journalist celebrated Athletic’s goals, “bacalao bacalao”. 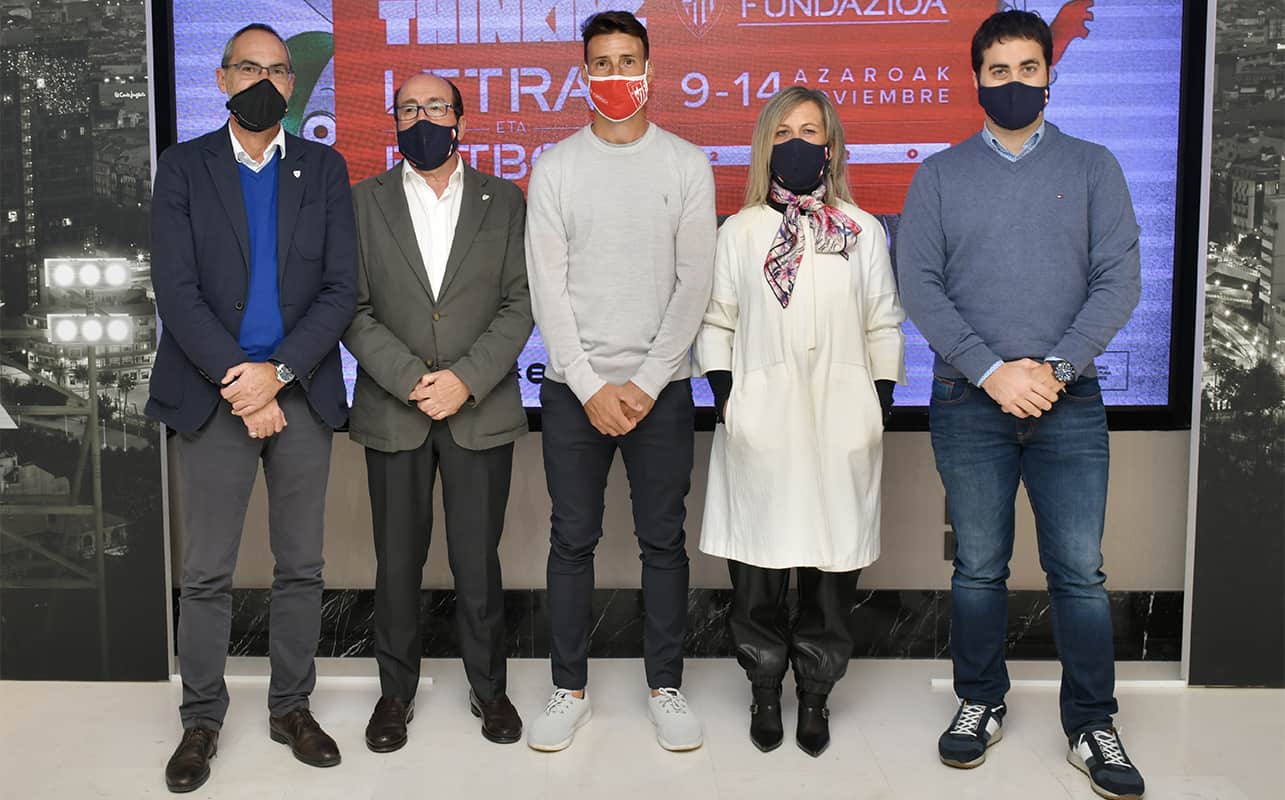 Day two: This is Football, John Carlin and Ander Izagirre

On Tuesday the festival continues with a session featuring John Carlin, whose book “The Human Factor” (2006) was made into a film by Clint Eastwood entitled “Invictus”, a film starring Morgan Freeman in the role of Nelson Mandela. The day will consist of two events. Firstly, at 5:00 pm in the Sala Norte in the centre ring of San Mamés, accessed through Point E next to Gate 12, the documentary “This is Football”, directed by Carlin himself, will be shown. Secondly, from 7:00 pm. again in the Sala Norte, John Carlin will talk to writer Ander Izagirre, winner of the Euskadi Award for Literature for his book “Potosí”..