A week of cinema, literature, humour, art and football, taking place every night at 19:00 from November Tuesday 9 to Sunday 14, in Sala BBK (opening night) and San Mames BAT (other sessions)

The Athletic Club Foundation presents a new edition of the Thinking, Letters and Football cultural festival in San Mamés. As happened in 2020, the pandemic means the Foundation has had to merge its two cultural festivals (the Thinking Football Film Festival and the literature festival, Letters and Football). It will be a week of cinema, literature, humour, art and football, taking place at 19:00 from November Tuesday 9 to Sunday 14, in Sala BBK (opening night) and San Mames BAT (other sessions), with free admission. 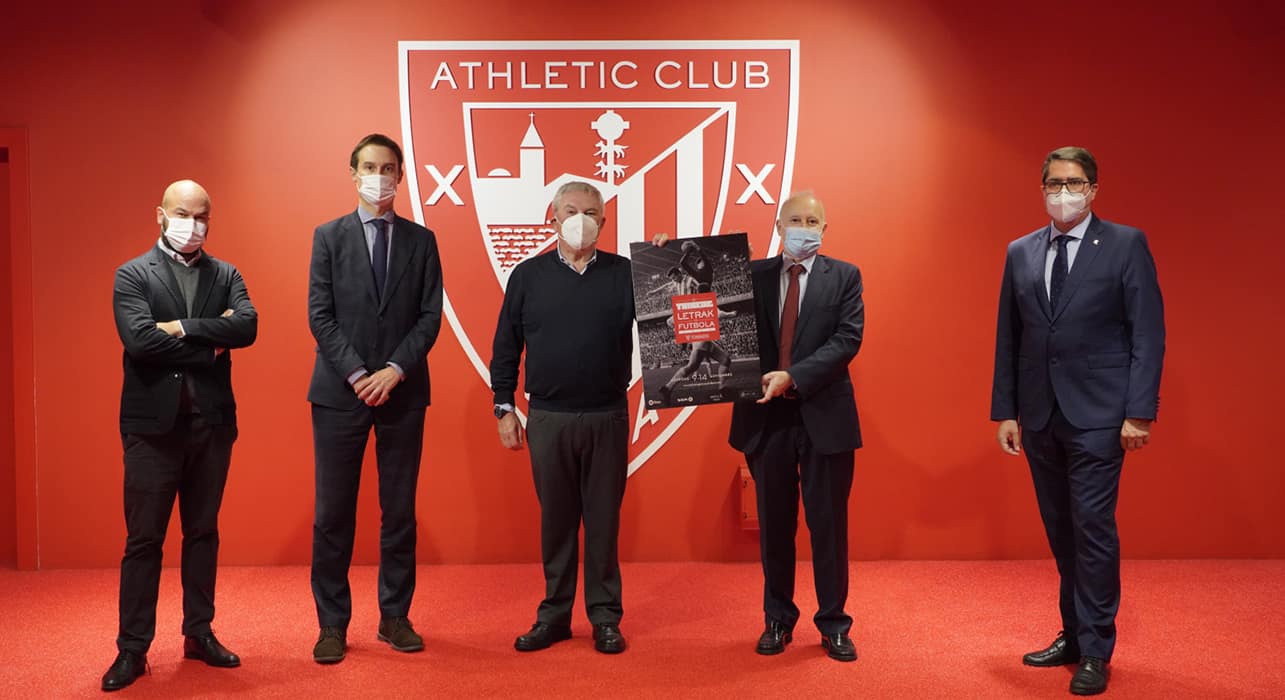 The festival will kick off on Tuesday 9th, at 19:00 at Sala BBK in Bilbao, with the presentation of the 2019 Thinking Football Film Festival Audience Award to Julián Duque, co-director of the film “Nossa Chape”.

The Foundation has decied to open the festival with the documentary film LFG (which stands for ‘Let’s F**king Go’). Produced by HBO and directed by Sean Fine and Andrea Nix, this 2021 film is about players in the US national women’s football team and their fight for equal rights. The documentary follows key characters from the national side, such as Megan Rapinoe, Jessica McDonald, Becky Sauerbrunn and others, during their legal struggle for equal pay.

An intimate and moving portrait of a group of women who rise to the challenges of elite sports while demonstrating their courage, unwavering spirit and resilience in an effort to create lasting social change.

The first literary meeting of the festival will bring together former Argentinian footballer Juan Pablo Sorín and Mexican writer Juan Villoro at San Mamés Bat, in a talk moderated by Panenka journalist Marcel Beltrán. Sorín (Buenos Aires, 1976), a keen lover of literature, played, among others, for River Plate, Lazio, FC Barcelona and Paris Saint Germain. His conversation with the award-winning Mexican writer Juan Villoro is one of the main attractions of the festival. 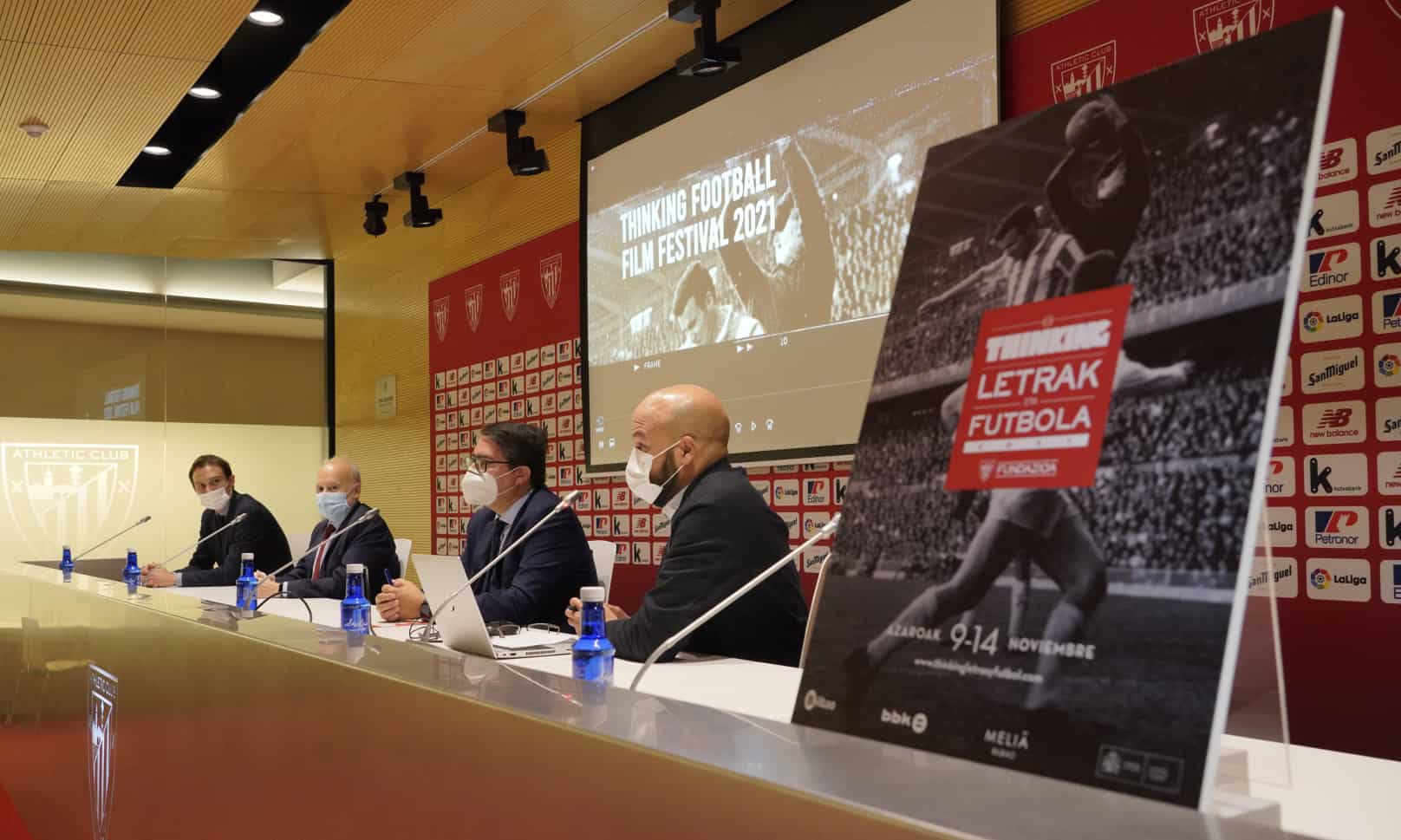 The Foundation has dedicated a day of the festival to the great José Ángel Iribar. El Txopo dedicated the takings from his testimonial on 30 May 1980, a match between Athletic Club and Real Sociedad, to the promotion of the Basque language.

Among other initiatives, thanks to Iribar’s contribution, director Antxon Ezkieta was able to direct and release and series of short films: ‘Mendia eta euskara’ (Mountains and Basque), ‘Arrauna eta euskara’ (Rowing and Basque) and ‘Futbola eta euskara’ (Football and Basque). More than forty years later, we will watch the latter and then discuss it with Iribar, Ainhoa Tirapu and Mikel Balenziaga.

Letter to Socrates and We are Red Star, Friday 12th

‘We are Red Star’ is a French documentary that features the Parisian side, Red Star. One of Athletic Club’s most regular early foreign opponents, the French club was founded in 1897 by Jules Rimet and has a strong link to the left-wing and workers’ movements in the French capital. Beforehand, there will be a screening of the short film “Letter to Socrates”, directed by Brazilian Pedro Asbeg. 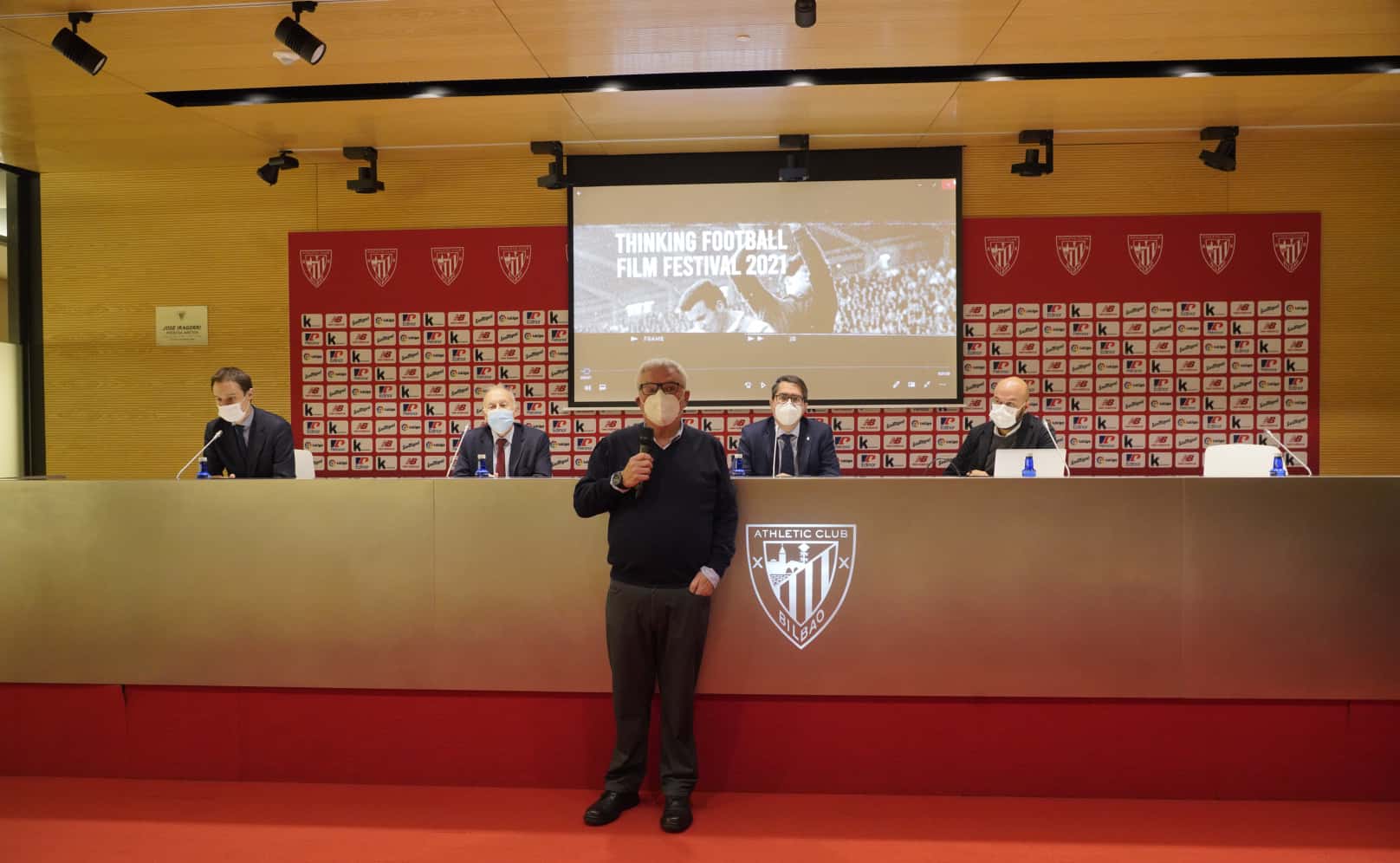 The Foundation will dedicate a day of the festival to the relationship between advertising and football. The best and worst football adverts in the recent history of advertising will be screened and the renowned publicists Antonio Pacheco and Santi García will talk about the subject.

The Thinking, Letrak eta Futbola 2021 festival will end with a day dedicated to humour. The monologuist and former footballer Zuhaitz Gurrutxaga will present his second solo work, FutbolisTOC. In addition to reviewing his time as a footballer, Gurrutxaga will talk to us about the illness called OCD (Obsessive-Compulsive Disorder), something he has suffered first-hand since he became a top-level footballer, all with a touch of humour.

As with every year, admission to the festival is free. The Foundation has set up a system, live from Tuesday November 2, to book tickets through the website www.thinkingletrasyfutbol.com.

Through this system, the ticket will arrive via email with a QR code. The festival will comply with all the health measures established by the Basque Government in the fight against the coronavirus. 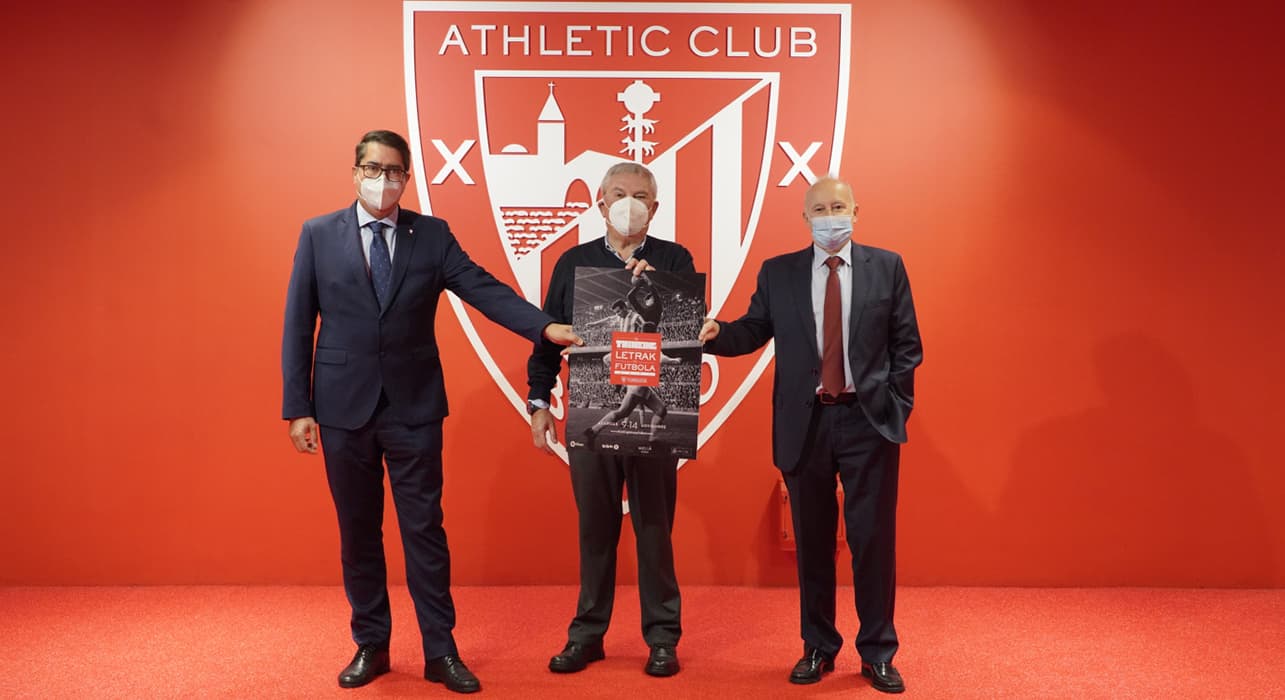 PrevThe Basque Walking Football team debuts against England in Lezama
The Foundation and the Bilbao City Council, together in favour of social insertionNext