News from the 10th edition of Letters and Football 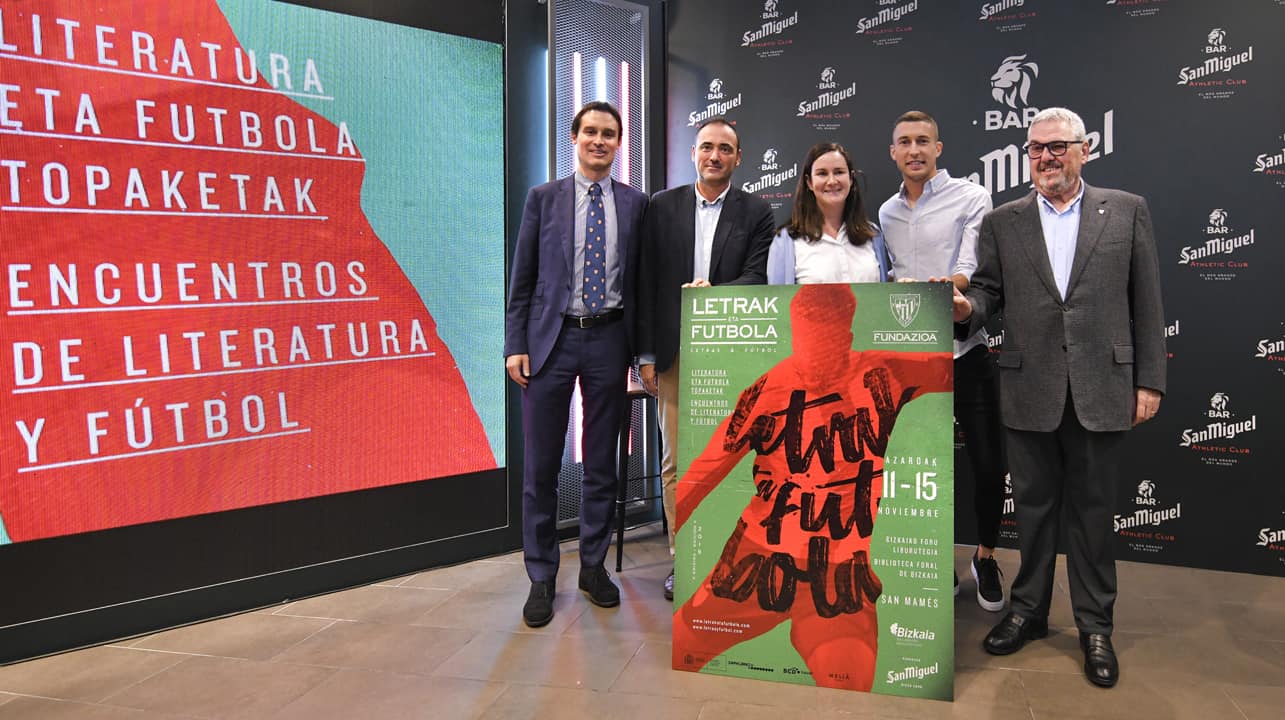 The names of the protagonists of the meetings on literature and football that will be held from November 11 to 15 as part of the 10th edition of Letters and Football are now known. The guests will include Ferrán Soriano, José Roberto Torero, Juan Pablo Villalobos, Miqui Otero, Aritz Gorrotxategi, Martín Etxeberria, Jon Kortazar, Carlos Ranedo, Laura Mintegi, Santiago Segurola and Jon Rivas. 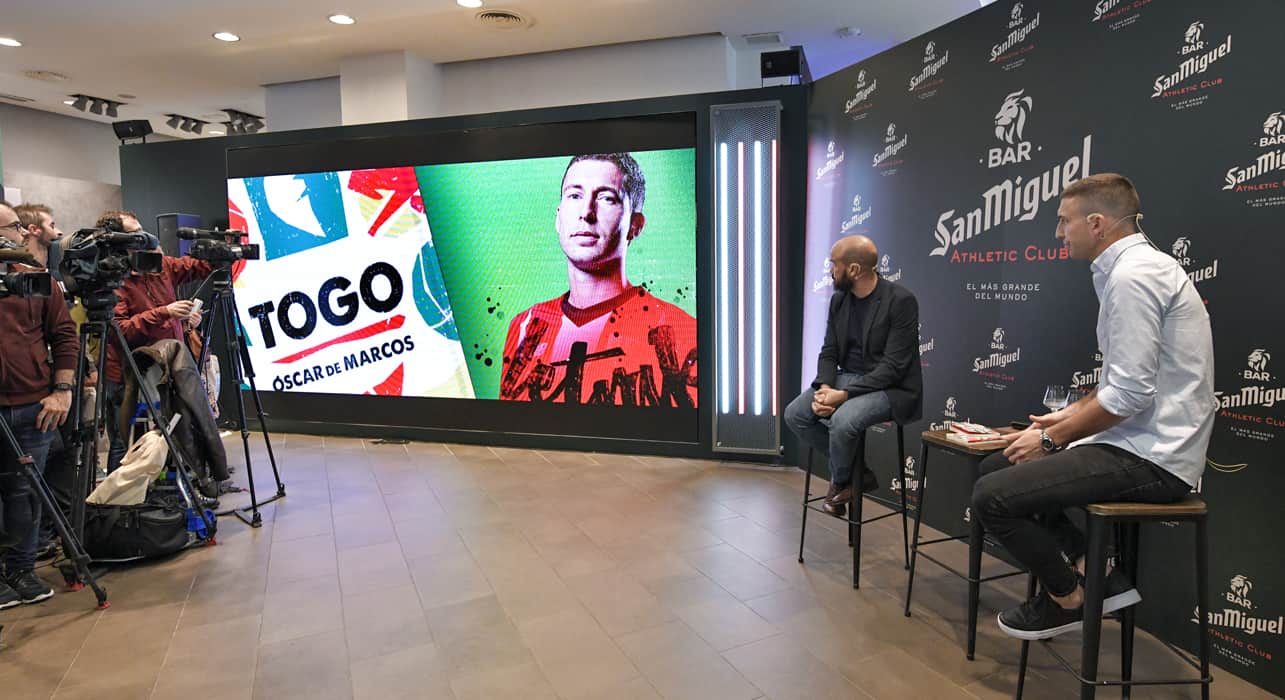 The presentation ceremony was held at the new premises of San Miguel, the “Biggest Bar in the World”, and featured the special participation of Óscar de Marcos. The footballer, accompanied by Galder Reguera, not only took part in his capacity as an Athletic player, but also as the author of one of the two publications that the Athletic Club Foundation has published to coincide with the 10th edition of Literature and Football. It is a short autobiographical book entitled “Togo”, written with the collaboration of the writer JM Isasi. In its pages, the narrative alternates between the important events in the life of the footballer from Laguardia, from his time as a youth player to his first seasons as a red-and-white player, and the chapters dedicated to the story of a very special journey in his life, which took him to Togo, in Africa, in the summer of 2010. 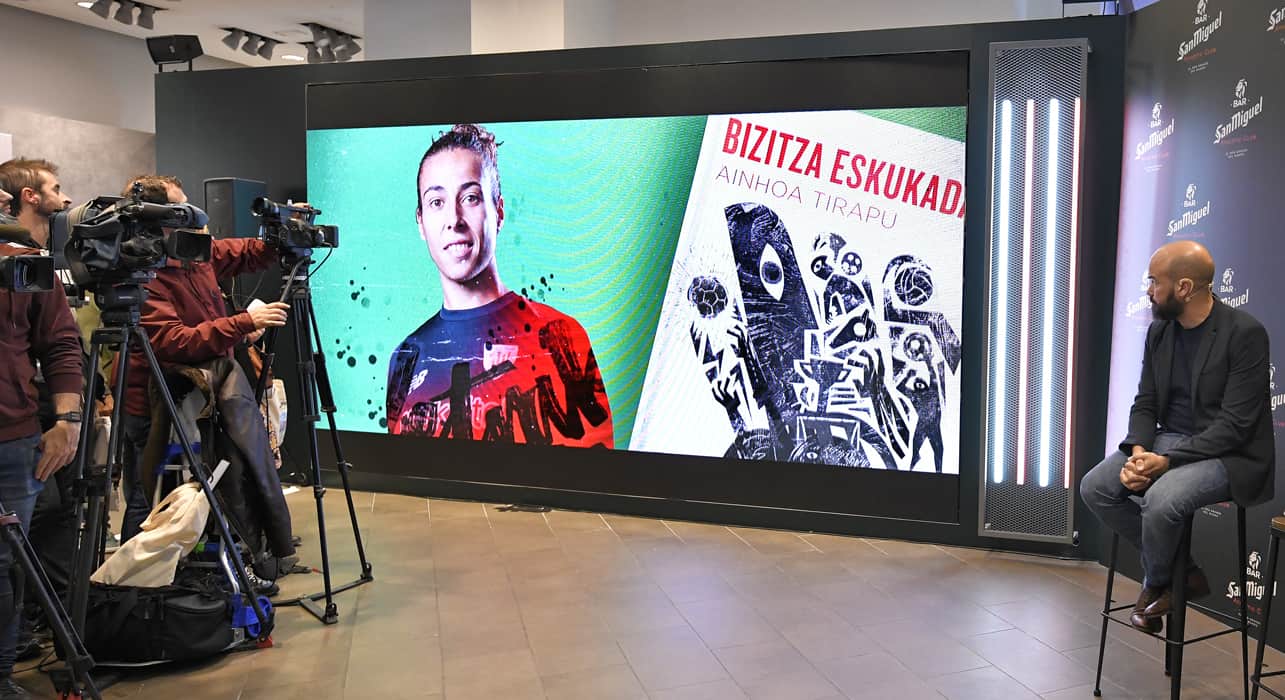 The second publication, “Bizitza eskukadaka”, which was written in Basque by the women’s captain Ainhoa Tirapu with the collaboration of journalist Miren Rubio Iturria, is a collection of the most interesting experiences from our Navarrese goalkeeper’s long career, from her origins in Barañain to the present day. 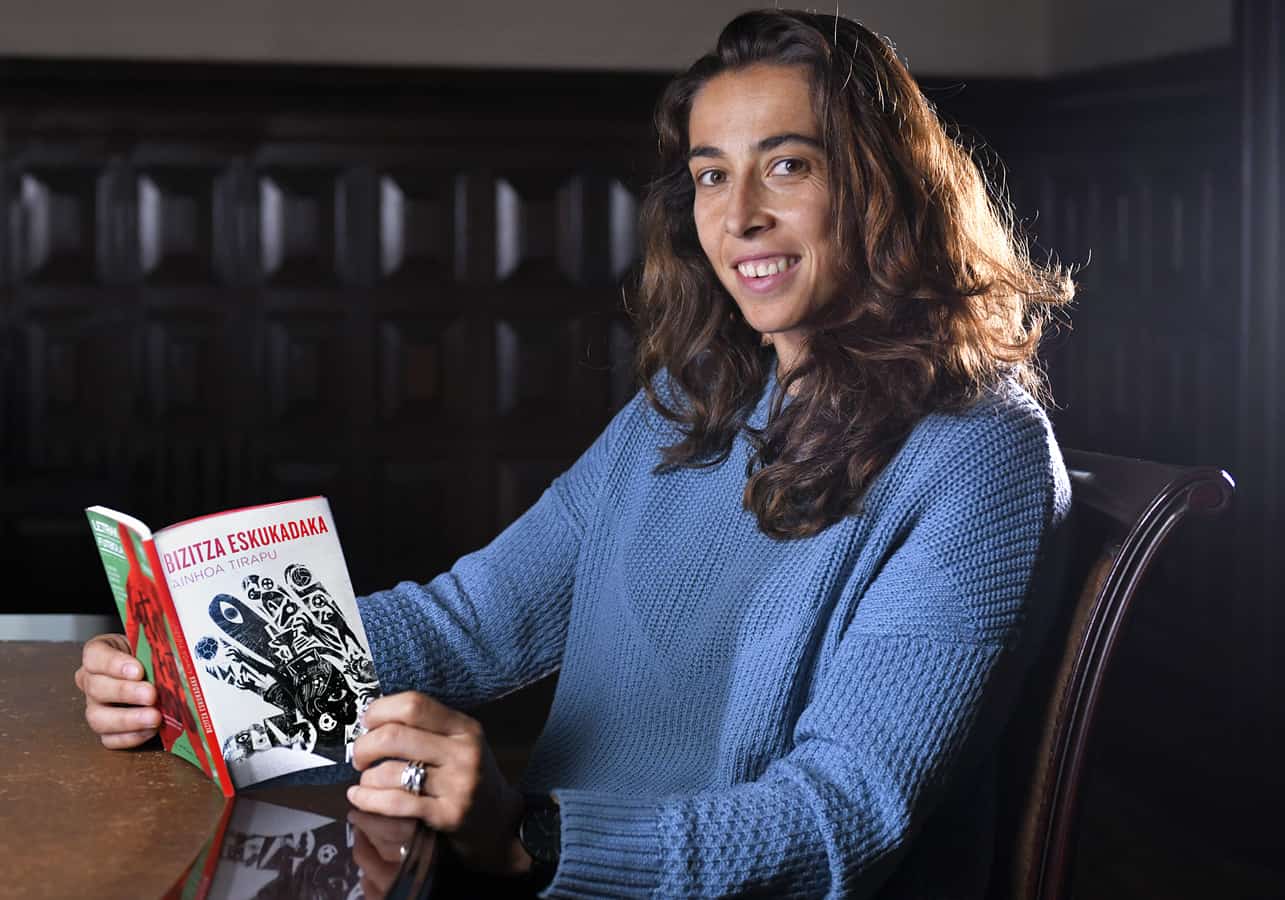 The Athletic Club Foundation has published a total of 13,000 copies of “Togo” and “Bizitza eskukadaka”. Some of these will be distributed free of charge at educational centres, on demand (requests to info@fundacionathleticclub.eus ) and for reading in secondary school classrooms. Others will be distributed to the youth teams of Athletic Club’s partner clubs. In addition, both books will be available from November 4 at bookshops in Bilbao, allowing anyone to take a copy free of charge. If they so wish, they can make a donation to the Athletic Club Foundation, which will allocate the entire proceeds to Easy Reading projects in Bizkaia, which are aimed at bringing reading closer to people with reading difficulties.

Furthermore, the Foundation’s Reading Club sessions will continue during this new season and will be announced soon.

Letters and Football is organised by the Athletic Club Foundation and is mainly sponsored by the Biscay Provincial Council, San Miguel and the Reading and Book Observatory of the Ministry of Education, Culture and Sport. It also has the collaboration of Meliá Hotel and BCDTravel. The Athletic Club Foundation would like to thank the sponsors for their invaluable help.