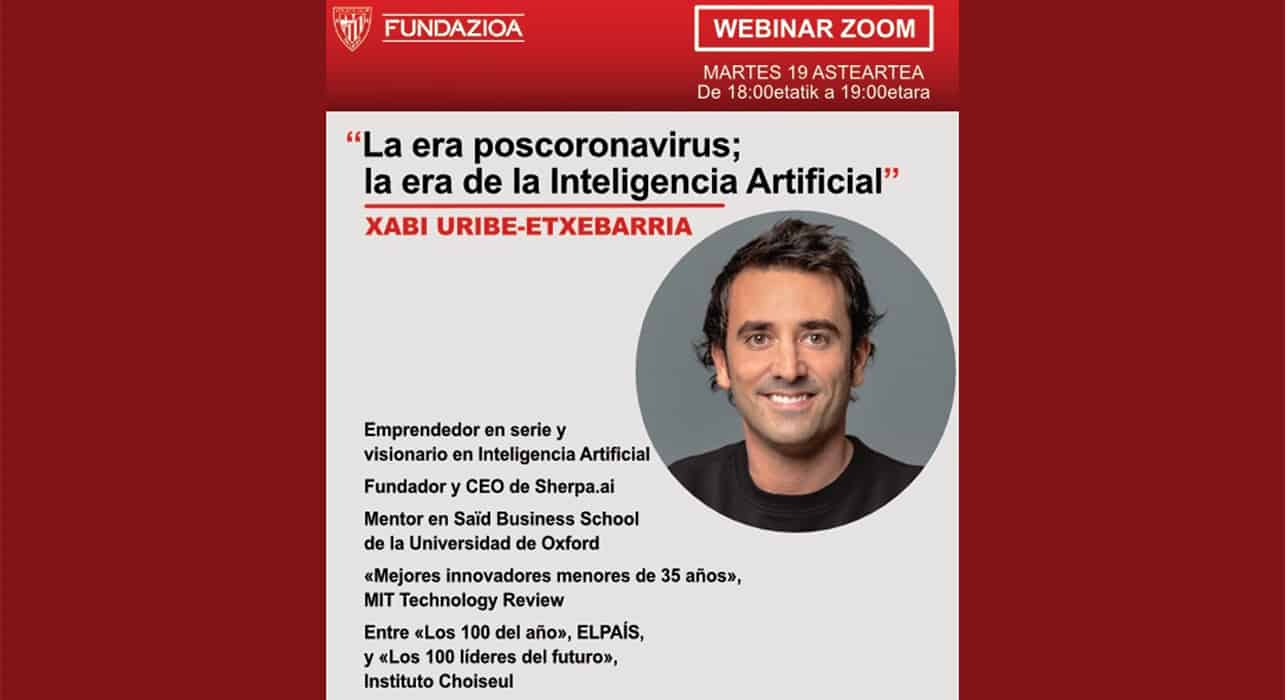 Under the title “The postcoronavirus era; the era of Artificial Intelligence “, the Athletic Club Foundation promotes a new online chat for companies, supporters and interested people

Next Tuesday, May 19, at 6:00 pm, there will be a new conference promoted by the Athletic Club Foundation, entitled “The post-coronavirus era; the era of Artificial Intelligence ”, taught by the founder and CEO of Sherpa.ai, Xabi Uribe-Etxeberria, and in which Joseba del Carmen, current coach of Jon Rahm, will also take part as moderator. Xabi Uribe-Etxebarria, in addition to his position at Sherpa.ai, is a serial entrepreneur and visionary in Artificial Intelligence, and is considered one of the “Best Innovators Under 35” by MIT Technology Review, and included among “Los 100 del año” by EL PAÍS, and among“ The 100 leaders of the future ”by the Choiseul Institute.

In addition to companies and supporters, interested people can attend this conference virtually by connecting at the following link, HERE, and entering the password Athletic.

These online dialogues are added to the two previous talks that the Foundation has promoted, by invitation to supporters and companies via Newsletter, during the state of health alarm, with the aim of addressing issues of relevance and common interest by reputable professionals in the matter.

On April 28, Joseba del Carmen himself, Sports and Business Coach, opened this series of conferences via the web with the talk entitled “Resilience in times of change”, available here. Password: 9S!=7v9#

The next day, April 29, the turn was for the Psychologist and Head of the Athletic Club Comprehensive Care Department, David Rincón, with an exhibition entitled “Emotional management and covid-19; tools and future challenges ”.

PrevThe Genuine already has its own stickers
2020 Summer Campus SuspendedNext