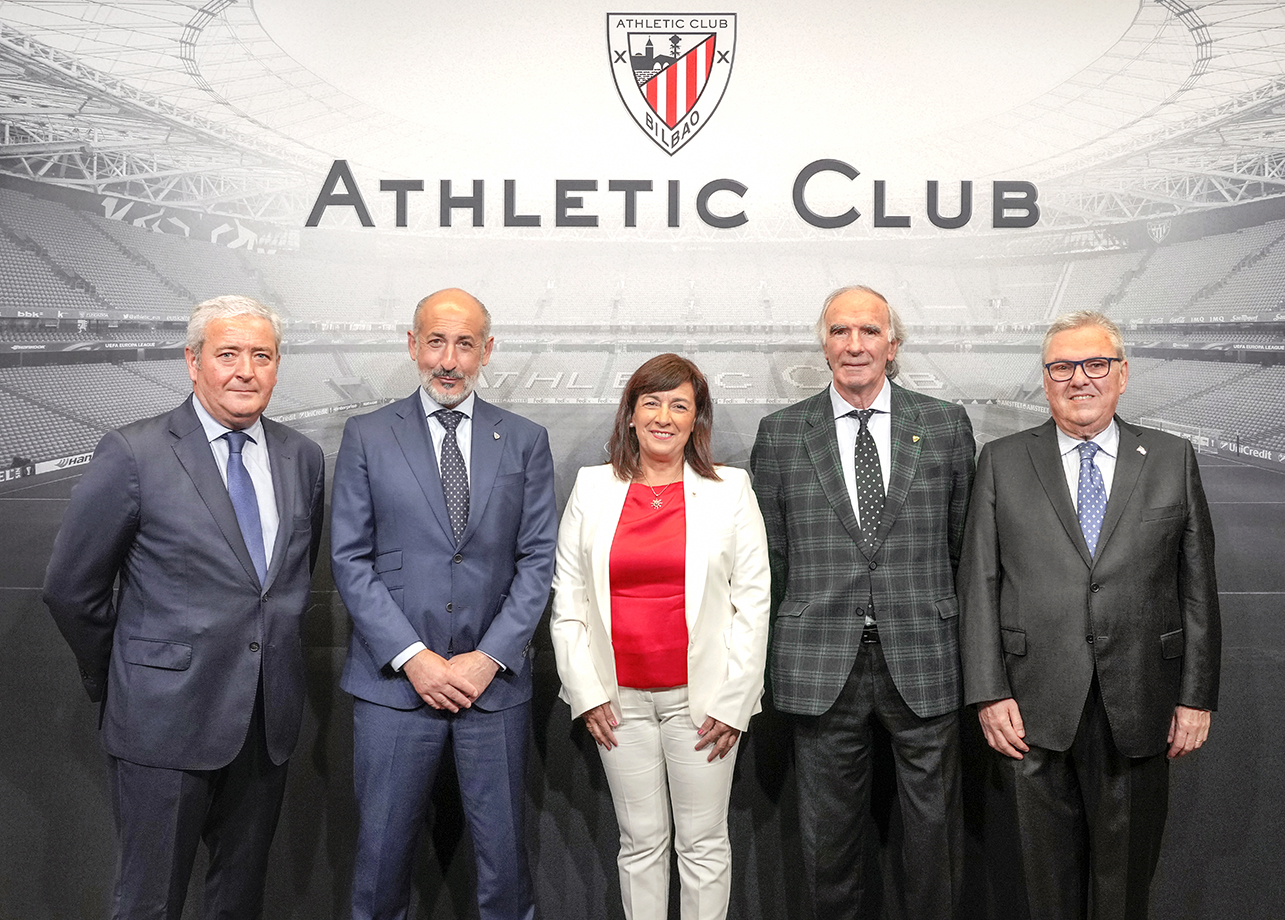 The innovation ecosystem, which includes 282 companies, signs as a Benefactor Member of the Athletic Club Foundation

Bizkaia Science and Technology Park  has recently joined the Athletic Club Foundation as a Benefactor Partner. In this way, the company becomes part of our entity and joins, endorsing our commitment to a better society, the projects that the Foundation develops in the social, cultural, training, sports and environmental fields. The signing of the agreement held in San Mamés was attended by Juan Carlos Ercoreca, president of Fundazioa, Aitor Elizegi, member of the management committee and former president of Athletic Club, Joseba Urbieta Pero-Sanz, Manager of the Bizkaia Science and Technology Park, and Itziar Epalza Urkiaga, General Director of the Network of Technology Parks of the Basque Country, and the red and white legend Jose Angel Iribar.

Since opening its doors in 1985, Bizkaia Science and Technology Park has acted as a reference institution within Euskadi and in Spain as a whole. In addition to its pioneering spirit – it was the first park of its kind to open in Spain – Bizkaia Science and Technology Park is remarkable in its capacity to attract talent. This quality has placed it as one of the most important innovation hubs for relatively emergent industries such as Industry 4.0 which have already become crucial to the development of the economy.

282 companies are based at the Park, last year registering a joint turnover of 3,582 million Euros. The activities of these companies provide employment for 10,988 individuals and constitute 7% of Bizkaia’s GDP in addition to 6.8% of contributions to the Regional Treasury. The companies include leaders in areas considered to be of key strategic importance according to the Basque Government’s 2020 Plan for Science, Technology and Innovation. These areas include the aviation and automobile industries, electronics, energy, the environment, engineering, medicine, biosciences and information technology.

Bizkaia Science and Technology Park is part of the ‘Red de Parques Tecnológicos de Euskadi’ (‘Basque Network of Technology Parks’ or ‘RTPE’), an ecosystem for knowledge and talent which acts as a driving force for the positioning of innovation and internationalisation at the centre of Basque industrial policy.