The Foundation’s project at the Frankfurt Book Fair

Galder Reguera presents Athletic Club’s cultural initiatives at the prestigious German book fair: the Letters and Football festival, the Athletic Reading Clubs and the campaigns to promote reading, which include posters and their own publications

Galder Reguera, Project Manager of the Athletic Club Foundation, presented the Fundazioa’s cultural project this Thursday at the prestigious Frankfurt Book Fair. The presentation took place within the framework of the round table entitled “Reading Promotion and Role Models“, organised by LitCam (an independent organisation that has been promoting education and fundamental social values since 2010).

Along with Reguera, Dr. Betty Becker-Kurz, associate scientist at Stiftung Lesen; Marc Lambert, CEO of the Scottish Book Trust; and Maszlee Malik, former Minister of Culture of Malaysia and current Vice-President of the Public Library of Selangor (PPAS), participated in the conference. They shared their experiences in the field of reading promotion, highlighting the importance of role models (represented, for example, by footballers) in the promotion of reading. 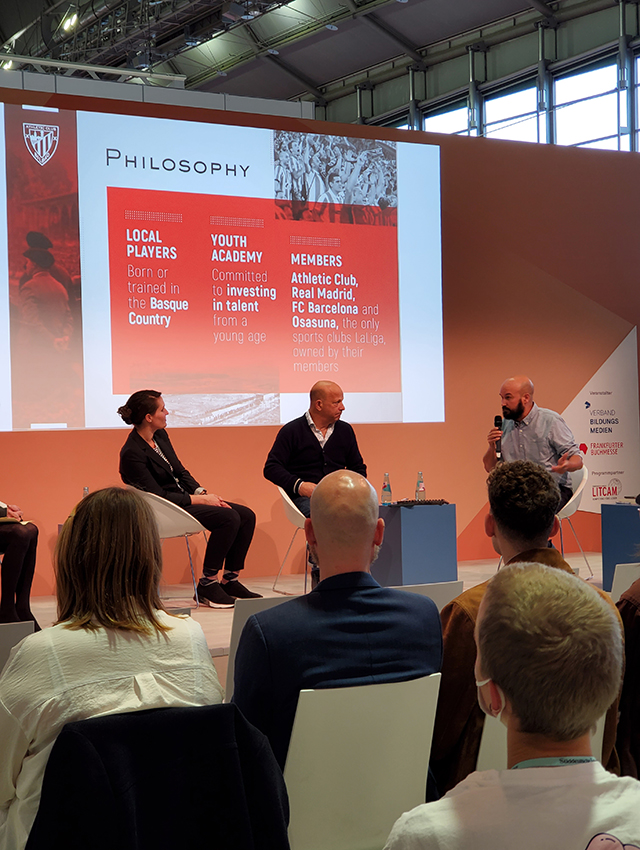 About the cultural project of the Athletic Club Foundation

In the case of the Athletic Club Foundation‘s cultural project, the involvement of Athletic Club football players is decisive in establishing references that lead children and young people to read. Thus, footballers such as Iñaki Williams, Íñigo Lekue, Mikel Balenziaga, Ainhoa Tirapu and Óscar de Marcos have been protagonists of the reading promotion campaign irakurLE-ON (good reader, in Basque, playing on the nickname given to Athletic’s footballers: lions and lionesses). Óscar de Marcos and Ainhoa Tirapu, together with Igor Porset from Athletic Genuine, have published short autobiographical novels with the Foundation (“Togo“, “Bizitza eskukadaka“, “Ser Williams“) which have been distributed free of charge in schools and sports clubs. In addition, these footballer authors have gone to these educational centres to talk to the students about the books, as part of one of the modalities of the Athletic Reading Club project. 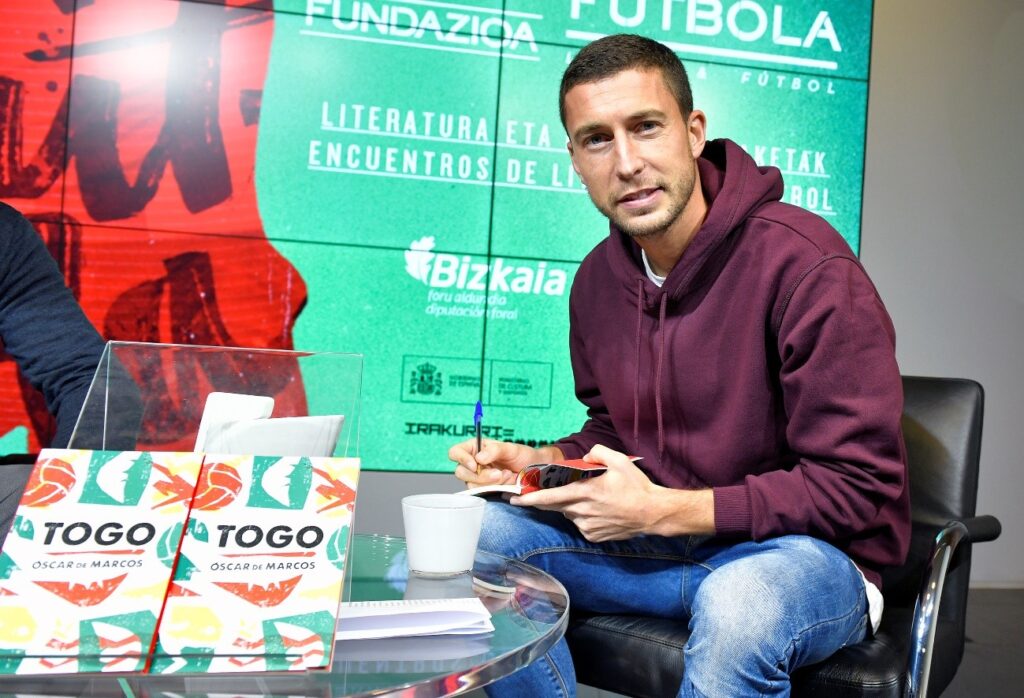 In the classic Athletic Reading Club format, any fan and reader can suggest a book to be read to various Athletic Club players and coaches. From all the suggestions received, each of club’s representatives commits to choose a book and read it within a month. Afterwards, they meet with the readers and chat about the book in question. In recent years, players and coaches such as Jose Angel Iribar, Carlos Gurpegui, Ainhoa Tirapu, Ernesto Valverde, Mikel Balenziaga, Mikel Rico, Mikel San José, Gorka Iraizoz, Andere Leguina, Xabi Etxeita, Maite Oroz, Lucía Córdoba… have taken part in this initiative.

In addition, the different teams that make up Athletic Club‘s lower categories in Lezama also take part in these reading clubs.

Finally, it is worth mentioning the presence of Athletic footballers in the talks and debates organised by Fundazioa as part of its cultural festivals, “Letters and Football” and “Thinking Football Film Festival“.

In recent years, the cultural project of the Athletic Club Foundation has been recognised by different media and international organisations. This presence at the prestigious Frankfurt Book Fair is a further recognition of this project that is so characteristic of the Foundation and of the values that Athletic Club promotes. 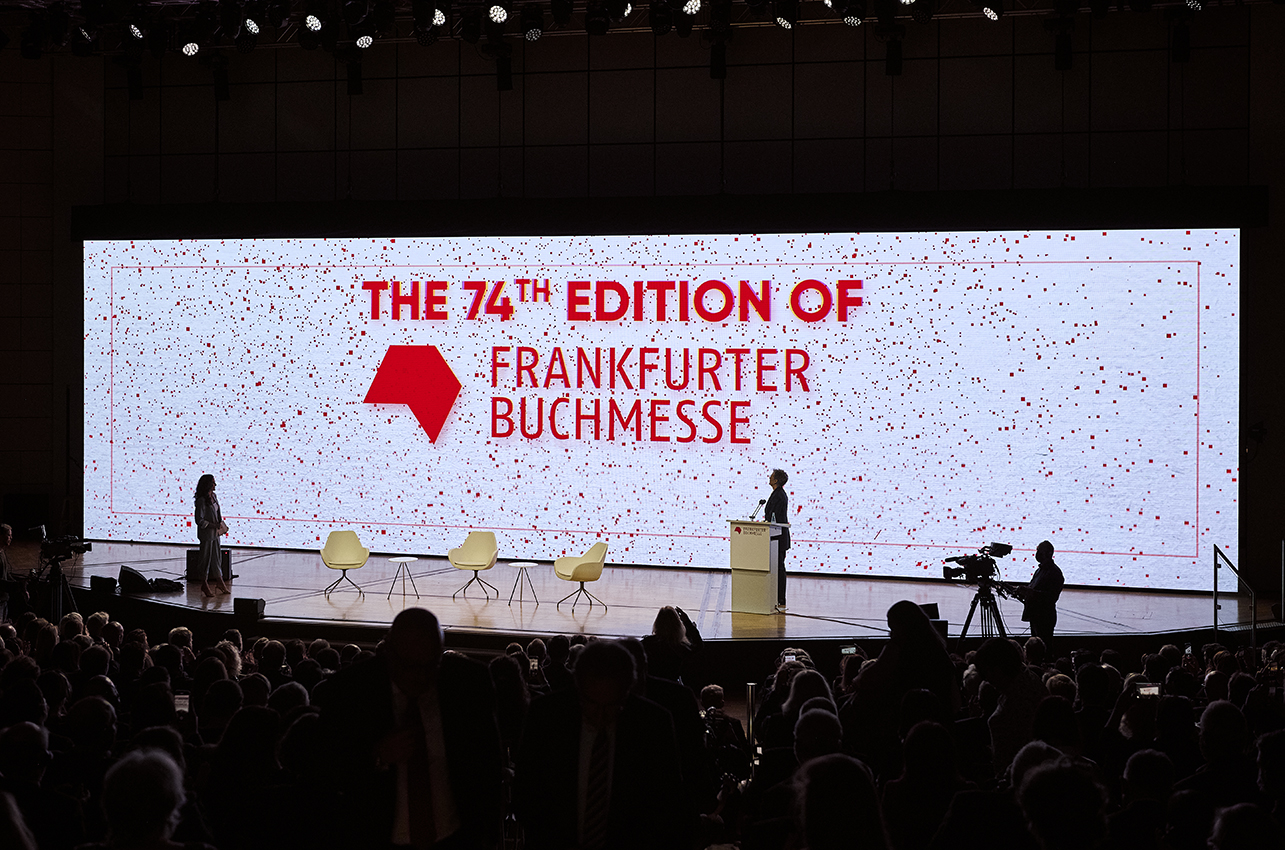 PrevA video about the RSMB project, winner of “Gestión en corto” competition
The Athletic Club Foundation up for More Than Football Award 2022Next